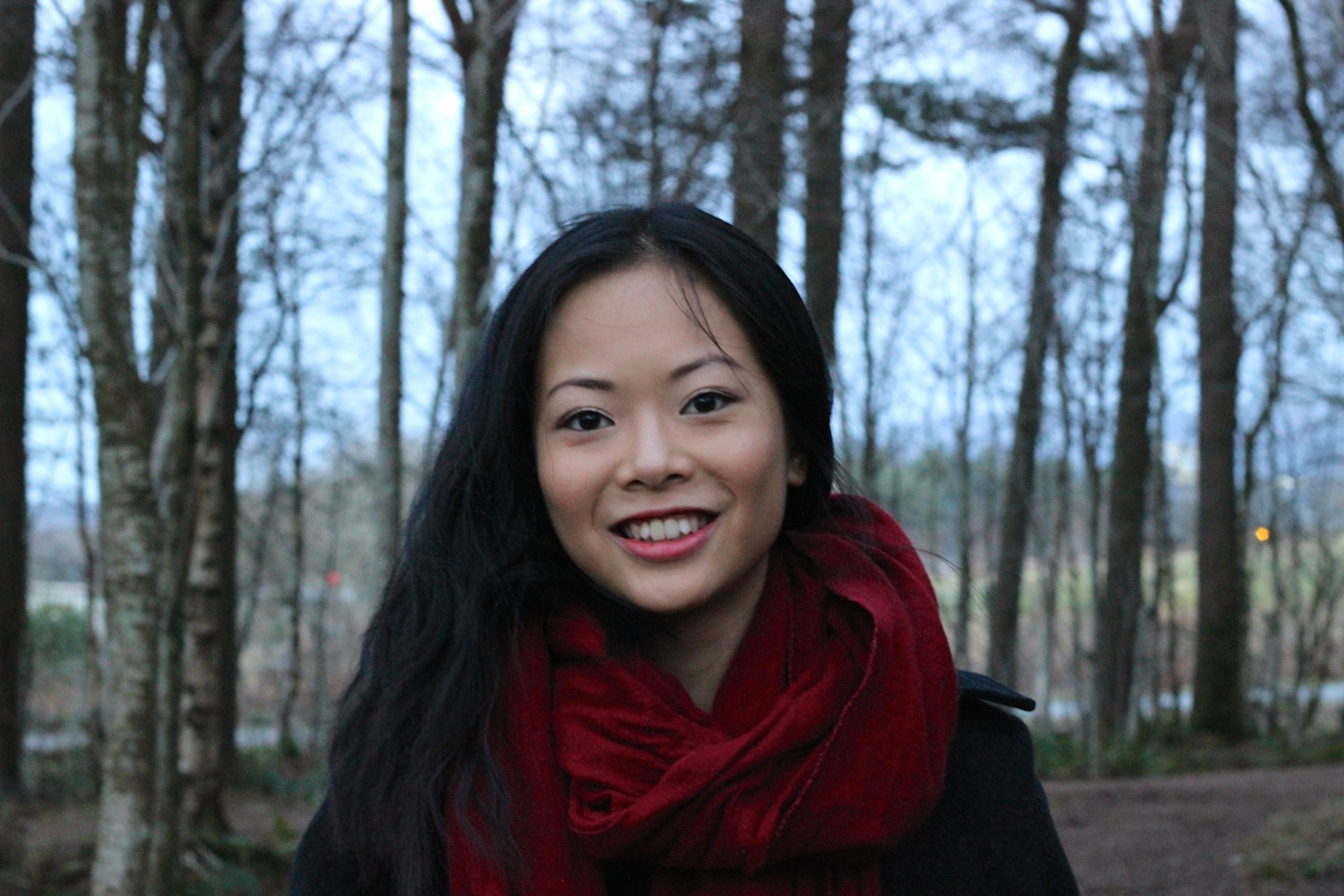 I see you are still a bachelor student, but you have quite rich experience in politics, so when was your first time to participate in politics or public issues?  What is the reason you think that you choose a political path, I mean so far?   Which part of politics that attracts you to devote yourself into it?

I have always been interested in social issues as poverty, immigration and animal welfare since my childhood. But I got interested in politics by learning about the parliamentary elections in 2009 at school. I decided to engage in politics when I started upper secondary school in 2011 and joined AUF (the youth organisation of the labour party in Norway)

Erik: Could you describe AUF? What is it? What is it doing? I see you were the president of AUF in Sandnes and Gjesdal between 2013 and 2014.

Julia: AUF is the youth organisation of The labour party. I was the president of Sandnes and Gjesdal AUF in 2013 – 2014. I am now the president of AUF in Rogaland (my county). We mostly develop politics and lecture our members about our politics. In elections we campaign for the Labour party, especially at the school elections.

(You can read more about the school elections in Norway here:

Erik: You are studying in the political science in the University in Stavanger, is it full time? How is this study program? For example, I mean, do you get any chance for an internship in the government during study?

Julia: My studies are full time studies, but it is quite flexible with only three lectures a week. This means I am can study for my exams by myself when I have time. The English term for my studies is political science, but in reality it is more about the state, so it depends on which specialization one chooses. It is possible to apply for an internship in the departments or embassies if one chooses a specialization that is relevant.

Erik: I see you are the representative in the city council, is it a part time job, or is it a volunteer work? How did this come to place?  Did you run for this through an election or you were appointed by up leader? Sorry as people like me don’t know much about the political system in Norway 🙂

Julia: I guess one can describe my representation in the city council as a part time job. I get paid for each meeting I attend. Each political party holds a meeting for members about a year before of the local elections to elect their candidates to the city council. In this meeting a committee represents their suggestion to the candidates based on applications and interviews. The candidates are elected in this meeting on a priority list. The mayor candidate is listed on the first place and the vice mayor second.

Many political parties have a youth candidate in addition to the other candidates. I was elected to become the youth candidate of labour party in Sandnes (Arbeiderpartiet), and nominated third on the list. Each party get a number of seat in the city council based on the number of votes it gets in the election. Based on personal votes, some candidates can switch places if they get less or more personal votes than other candidates. The parties can cumulate some candidates to secure them potentially having a place in the council.

In Sandnes my party chose to cumulate the three first candidates. Since The labour party is one of the biggest parties, it would be quite impossible that we got less than three seats in the council. This meant that my place in the city council was ensured before the elections.

(You can read more about the local elections in Norway here:

Erik: Could you describe your daily work in the Sandnes Kommune?

Julia: Since I am a representative in the city council, it means that my job is to attend the meetings in the city council. In addition I am a member of the Committee on culture and adolescence in Sandnes Kommune, which has the responsibility for among other things the schools and the cultural school in the city. Before each meeting there are meeting documents that needs to be read and discussed with other representatives in my party in pre-meetings.

Erik: I see you care about the poverty alleviation, as we know Norway is a rich country, does Norway have a problem of poverty? Why could be that? Or you are concerning global poverty issue?

Julia: Norway is a rich country, but that does not mean that we do not have poverty issues. Some children do grow up in families that are struggling financially. Especially during Christmas times this is extra visible. For example this Christmas we could see different adverts on Finn.no by parents asking for help to get Christmas presents to their children. By my opinion we can do even more politically to help those families that are struggling financially.

There are definitely also a lot of poverty issues globally. I am glad that Norway is pretty good with giving aid to developing countries, but in my opinion we can contribute even more. Both the wealth and power in the world is unevenly divided. My political interest started as an interest for global issues, but I have during my time as politically active also been more aware and interested in local issues.

Erik: Talking about environment protection issue, many Norwegian people criticize Norwegian government buying carbon emission quota from developing countries. What about the view from Arbeiderpartiet in this issue? What do you think Norway can do in turns of climate change considering the fact that Norway is an oil country?
You are now doing study in Stavanger, which is a oil city, but as you know, the oil price has dropped dramatically, which has caused a lot of unemployment in Norway, what do you think the government can do in this situation?

Julia: The government can act towards those who are losing their jobs. Especially young people should not be unemployed for a long time. This can be prevented by more apprenticeships. The government should also stimulate to greener technology in the future by for example more research. The drop of the oil price has caused a lot of unemployment in especially my region (Rogaland), and shows that Norwegian economy is quite depended on the oil industry. We need new technology that can create new jobs and at the same time be more environmentally friendly by decreasing the gas emissions.

Erik: You are coming from a Chinese family, are your parents from China mainland or Hong Kong or other place? When did they arrive here?

Erik: What do your parents think about your activity in politics? And any reason? In general, overseas Chinese are not that active in politics. Does your Chinese background bring you any differences in politics? Disadvantages or advantages?

Julia: I am the first in my family to engage in politics, but my parents are very supportive. My Chinese background gives me in among other things another perspective politically regarding integration of foreigners in Norway. I see that as an advantage, as my family has and are going trough integration to the Norwegian society.

Erik: According to the SSB (Statistisk sentralbyrå), in 2008 there are around 5000 Chinese in Norway, not including Chinese from Taiwan, Hong Kong and other countries, but now this number have increased quite a lot.  What advice can you give to those Chinese in Norway who want to engage in politics?

Julia: I would advice them to read about all the parties and find out which party they most agree with. One can find a lot of information on the parties’ websites.

Erik: Have you been to China? Or are you planning to travel to China? What does China most attract you if you want to travel there?

Julia: My family and I travel to China about once a year, but I have only been in Hong Kong, Guangzhou, Macau and Hainan. I would love to travel more to other parts of China. China has a long history and a lot of culture I would like to see more of. I am planning on spending a summer in the next few years in China to take courses to improve my mandarin.

Erik: Most students are busy in the study; it is not easy to handle both study and work, so how can you balance your study and work?

Julia: In my opinion it is about priorities. I have chosen to study nearby my hometown to live at home with my family to be able to balance both studies and politics. Living at home makes it possible to save both time and some money. My family helps me a lot by for example making dinner most days and drive me to the train or bus when I am busy. I try to mostly use public transport when travelling, but in some cases it is more practical and time saving to drive the car. So having the driving licence also helps.

Erik: Do you read or speak Chinese(Mandarin)? Have you seen or heard about this magazine? We can post you one copy as a small gift.

Julia: My family is from Guangdong, so we speak Cantonese at home. I understand basic mandarin and can speak a little bit of mandarin. My parents read the magazine, so I remember it from my childhood and have read a bit from it. I am planning of spending the summer in 2017 in Beijing to take a course to improve my mandarin and writing.

Erik: Last questions, would you like to say anything to our readers around Norway?

Julia: I would encourage the Chinese in Norway to participate even more in our society. It does not have to be in a political organisation. There are a lot of other organisations to choose from, for example charity organisations as Røde Kors or Norsk Folkehjelp.