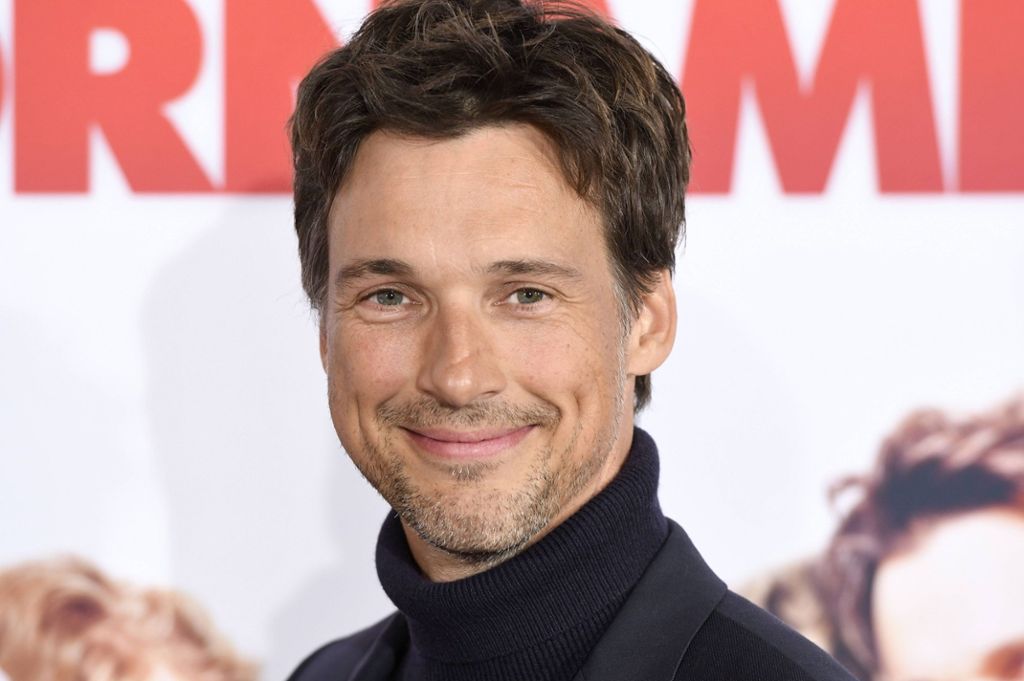 We talked about a story of a Chinese Singaporean film industry worker whose name is AdrienneBeishan Xueb before. She founded her own film distribution company Northern Film Groupin Norway, focusing on pushing excellent Norwegian films to other parts of theworld, especially Asia, and introducing films from other places into Norway. OnJanuary 24, 2020, the German film “100 Dinge” introduced by Adriennewas released in Norway. NCC was invited to watch the film and had a smallinterview with the director of the film before the film opened.
The interview wasconducted by Erik Cheng and Chenyu Yan.

1.Where was thefilm shot? Was it in Berlin? Which area?
Itwas shot in Berlin, one of the most special places I have seen in Berlin. It isa factory from the old times, which was destroyed in the war. Now it has beenturned into an aikido school. We rented from them for half year, and built twoapartments inside, after the movie, they were torn down. The aikido school isin the Steglitz district.  On the otherhand, scenes in the fictional warehouse, in which the two characters Paul andToni store their possessions, were staged in a parking garage inKreuzberg.

2. There are manyconcepts included in this film, we see minimalism, overconsumption, artificialintelligence, friendship, love and family… which of them stands in front?
Ihave to say, yes, it is a bit too much, but I still like it. It is a film ofour time that is changing. I guess in China you have more changing than Europe.My grandmother was born in 1898. She had seen world changed so much. During herearly time, there was hardly any cars and electricity, so before I would neverimage going to see that changes in my life. Now I realized, the world ischanging even more that it did 100 years ago because of digital revolution. Ifind it interesting not to get confused by the times. All of the concepts inthe movie are part of that changing.
Forexample, after the war II, we have seen that capitalism has done very well. Ithas brought us prosperities, but it has never made us happy.
AlsoAI, which is going to be very interesting. We have never been easily hackedlike this before.
Asfor which stands in front, I do not know, I think they all matter.

3. “DavidZackerman”, somehow reminds me of both Mark Zuckerberg and Elon Musk, what’syour intention back this character?
It issarcastic, of course. I do not think Facebook has realized its influence ondaily life. He could do some good. Facebook has created huge challenge fordemocracy, whether they admit it or not. It has changed the way about eachother. In the movie, Toni makes fun of Paul because Paul has made Nana so cute,and Paul said that is exactly what I want, I do not want people to quit. So yousee, that is the problem.

4. Have watched themovie Her?
Yes,it is  beautiful film.

5. In the movie wesee David was driving el-car, while his body guards were driving 4 big SUV, itis not a coincidence, isn’t it?
No,it isn’t. It is humor making people laugh, but also something to let people tothink.
6.Can I say it’s a critic towards Voyage of Greta Thunberg? That she sailed tothe UN Climate Summit while her crew flew?
Thatwas long before I shoot this film, and I wrote this script for three yearsbefore.
‍
7. “Buying 151 things makes you happy, whichmeans you are not happy”, the main point of the film is to persuade people tothink twice before they consume, but the fact is buying things does make peoplehappy, at least for a while, what’s your thoughts about that?
Thatis the idea, if buying things make you happy, that means you are not happy, onthe other hand, if you have bought many things, why are not you happy?
I amnot against buying things of course.If you stop buying things, the system willnot work. But we should start to ask questions about it. Buying things to behappy, that is very superficial. Life has more depth than it. Some people askabout what is luxury, my answer is seldom. Because if you have luxury all the time, it will not be luxury, you willbe tired of it, it will exasust you. A piece of chocolate can be luxury if youhave never had in your life. So it has to be self-discipline. In order toenjoy, I need less to enjoy.  I can notpersuade people to change life style, I just want to provide a bit reflection.

8.  “Like the old days” it has been repeatedseveral times in the movie, so what do you appreciate about “old days”?
Ithink there is translation error. It should be like it used to, not like the old days. If you want me to say whatcame to my mind first when I think about old days, first thing coming to mind,it is a great book of Berlin called alone in Berlin.

9.What do you thinkof the refugee crisis, or I would not use the word crisis, refugee problem?They come with their own culture and tradition, which could be different thanthe culture in Germany. Would you interfere of not?
FirstI have to say that we do have different values. I think Both have to be openand change from the both sides.
Thereshould be rules as well. There are values that we fight for, and we shouldenforce them.
Youknow my grandmother was refugee. She came from the east part of Germany. Thatpart has now become part of Poland. They could not complain because theystarted the war. When she moved to Berlin, she was not popular. Everybody waspoor that time, they did not want to share, though they were same people.
‍
10.  At the end of the film, Paul said toNana «Time to wake up », what was about to happen?
It isan open ending. The movie started with Nana trying to wake up Paul, but Pauldid not.
‍
11.In the Movie,Toni was naked in front of the girl and said he had only 5 things leftincluding the girl, but we see in the movie, he has 6 including the glass. Isit a mistake or?
‍
Oh,that is a mistake. I swear to god we did not know it before. We tried to changeit later, but we can not, the lip is moving.
‍
12. So is Nana a beta version of Siri? Do you use SIRI?
Yes,Nana can be seen as another version of Siri. I hardly use Siri.
Youknow the interesting is, US and China they do not care as we do here in Europeabout privacy. They would say, what is the problem? It is new technology, andwe will use it. But in Europe, we are more careful on that.

13.You are a Germanwho have lived in many different countries, for example the USA, how does yourinternational experience affect your directing style, performing style and evenyour view of life?
It iswonderful to dive into another culture, like you guys are here. But I feel morelike myself to be in Europe. US is beautiful rich country, I really like to bethere. But life tastes better. It is different, here it is more about life, notof goals and how to get them.
‍
14. Are you aminimalist? Or to what degree do you want to minimalize your life consume?
No, Iam not. that can be extreme, like a competition. I want to bring awareness tothe people, but I do not want to make it as a competition.
‍
15. Who is yourfavorite director?
I actuallystarted as an actor. I had theatre education as an actor,  so for me, I can not say which is my favorite,but I do read and watch a lot. When it comes to comedy. It is more demanding.You have to put some depth it in addition to make people laugh. It is easy todo tragedy and drama. In Germany it is difficult to get people to cinema now.Germany killed their own culture of movie during Nazi times. Germany is TVnation. For example, every person goes to movie 1.6 times a year, while inFrance, the number is 7. French like all kinds of movies. So you really have tograb them by ball to get them into the cinema.
For artfilm, maybe you can 100 000 euro box office or maybe 300 000 euro.You have to promise them something, then they come.

16. Have youbeen to China? Any Chinese movie, director or actor that you have goodimpression of? Will you consider any cooperation with Chinese movie industry?
Wewere in China for 2 weeks. Beijing Shanghai around 2013. We wento Anhui, theplace where An Lee made Hiden tiger and crouching dragon. It is very beautifulplace. We were invited by Hugo Boss to attend a fashion show. So we think whynot, it is China.
Oneof Chinese movie that comes to my mind is In the mood of love 花样年华. I haven’t had any cooperation withChinese industry, but I would love to.

17. Yourstanding point of environmental issues is quite clear through the movie. Butcan you elaborate your standing point? Are you an optimist or a pessimisttoward environmental issues?
Ithink I’m not so much a dreamer, I am pretty realistic about such kind ofthings. I don’t think we will be quickly enough to handle climate change. Thesystem is just working so well that we don’t actually want so much change, butwe are going to change some day, I hope.
Weare not quick enough to change, to act on climate change, we are not going tocontrol within 1.5 degree.
Toosmart for our own good, and too dump for our own good.

2.   Train or plane?
Planesadly
3.   Forest or city?
Both
4.   Hoodies or pijama?
Neverhad
5.   Paper or laptop?
Laptopfor working, paper for writing and drawing.

7.   Things that bring you joy?
Food,sleep, sea, animal, ball games
8.   Name the film that you will absolutely watch again?
Silence of lamb, alien
9.   It is the last hour before the end of the world, whatwill you be doing?
Ifthe world is going to end within one hour, I would not even have the time to goback to Germany, I think I will just go downstairs and have a glass of water,and just take it chill.